So, my buddy Sage calls me up and asks if I’ll come to where he works to draw at his company picnic. They can’t pay me but it’ll be cool to hang out and I can bring the family. There were only about 50 people expected so it would be pretty laid back. Ordinarily I’d probably say no (It’s an hour away and I do have a lot of office work to catch up on and have gotten virtually nothing accomplished this week) but I haven’t seen Sage in a while and in fact might actually be a pretty cool gig. See, Sage works for NASA.

I didn’t know it but he invited his wife and some other cool people we hadn’t seen in awhile too. It was great seeing everybody again and catching up. Another big surprise was that Sage led us on a tour of the facilities!

He told me once he was in maintenance and HVAC systems. So naturally my dumb ass imagines him pushing a broom and fixing air conditioners… Not so much… Uh, Sage maintains the vacuum and exhaust systems for where they test rocket propulsion systems and payload deployment systems for rockets!

We started out by watching some hobby rockets go off in a field on base, which was some 1600 acres in Lorain with a really cool history of a weapons manufacturing facility in WWI. Then we saw the vacuum chamber which has 2 5′ thick concrete doors and a suspension system under the floor to keep it from imploding! After lunch, (which went fast and I only got to draw about 25 people) Sage showed us the rocket testing facility which was a giant sheltered hole in the ground that the rocket is bolted onto and the exhaust is expressed underneath the floor into a 250′ deep chasm, cooled, analyzed and sucked out. It was pretty amazing.

Thank you so much, Sage, for asking us to join you and giving us the tour! 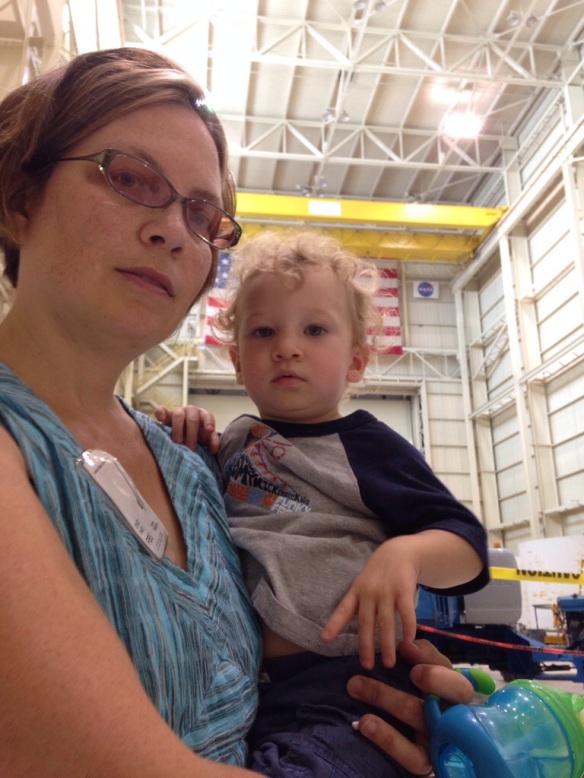 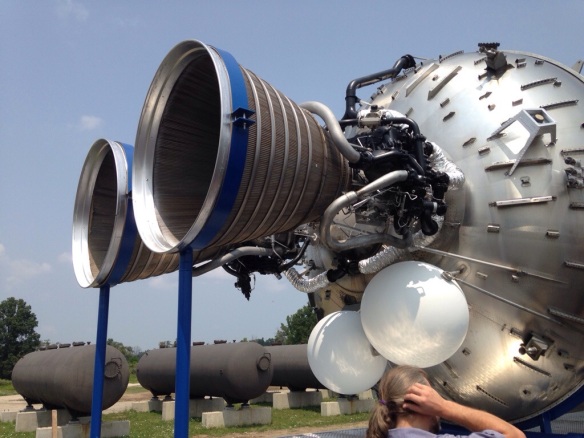 Drawing at the Kamm’s Corner’s Hooley tomorrow from 12-8. Come get a free sketch! Off next week. I’ll post more often now that things have slowed down some. I promise!